This project in two stages over five years transformed a non-descript weatherboard house that stood squat and unremarkable on its section into an elongated building that has real presence on its site.

The footprint of the two-level home was retained but its hip roof removed to allow a more contemporary expression of structure. Two extensions sandwich an existing portion of the home: a living pod positioned at right angles, and a separate master en suite which stretches out over the carport in a perceived cantilever and further lengthens the form.

An existing glazed entry tower and its of-the-era open tread staircase now act as a junction where internally a pivoting door accentuates the transition to the new living zone.

Timber joinery (including large glass sliders) ties the fabric of old and new together, but a deliberate counterbalance is explored in other parts of the material palette. Vertical black cladding on the living cube contrasts with white horizontal boards on the (eastern) elevation, reserved as the more-private sleeping quarters.

A viewing deck to the north east and a separate north-facing outdoor room and pool lead off two sides of the new living block to provide seamless social spaces where the couple love to entertain. The home, once reminiscent of a student flat, now enjoys a resort-like feel with an aspect overlooking the trees of the adjacent reserve. 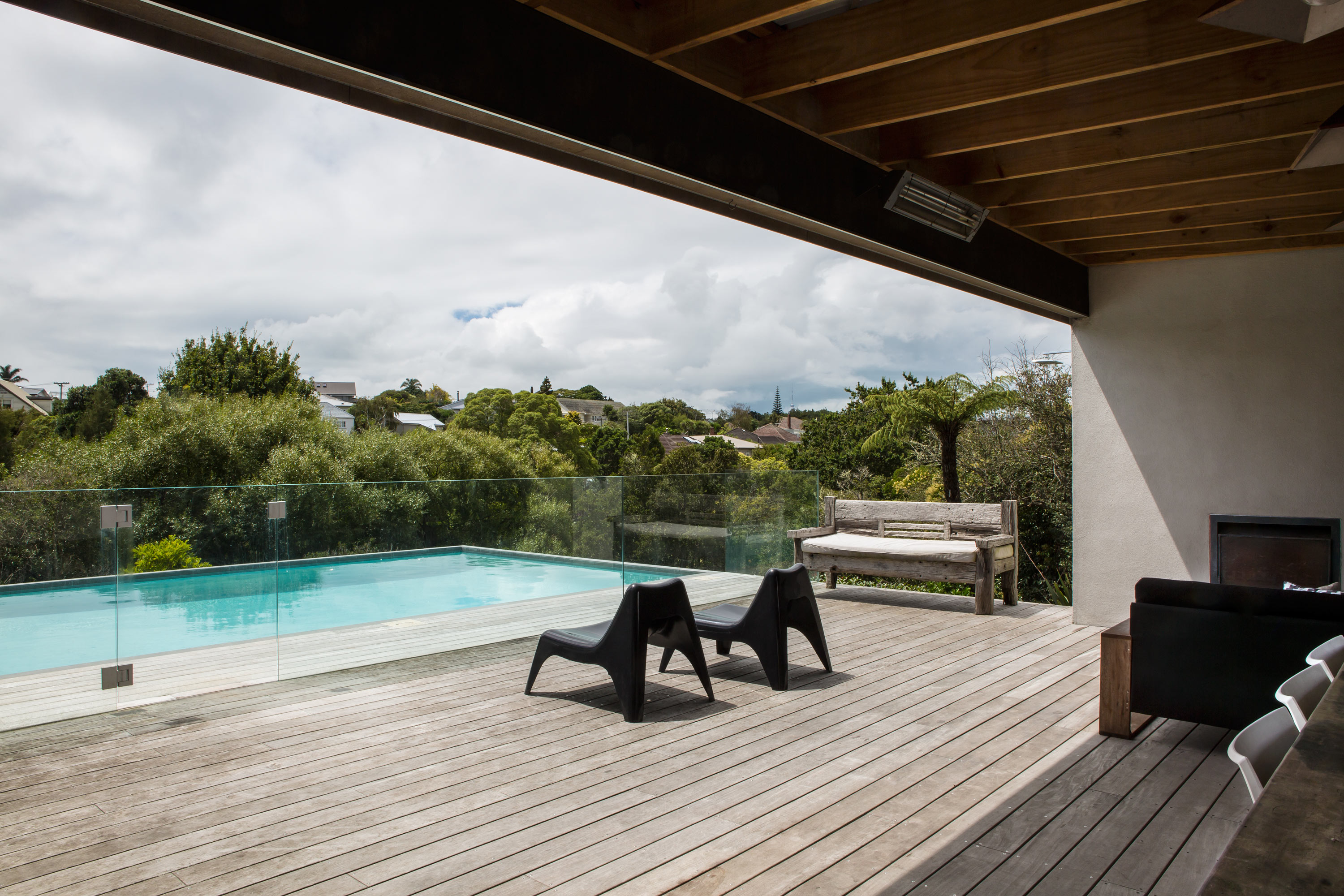