This second-floor apartment in the Endeans Building on Auckland’s Queen Street was once used to store paintings from a nearby gallery. In converting the 109-square-metre space into a home for the owner and her two daughters, DAA had to comply with the requirements of the Auckland City Council and liaise with the Historic Places Trust.

Endeans was built in 1902 - the first Auckland example of a multi-storey building that used a steel-reinforced concrete system of construction. It was converted to a mixed-use residential and commercial property in 1993 and enjoys an urban aspect with views over the Britomart Transport Centre.

There was no opportunity to alter the dimensions of the envelope, so the challenges were to fit a tightly planned programme into the footprint and to gain enough light into the core of the apartment from windows on two sides. Positive attributes were a four-metre stud and an industrial-strength material palette that provided a sense of loftiness and could be upcycled aesthetically.

DAA conceptualised a contemporary insertion clad in black steel which was slotted into the volume to act as bedrooms for the children. This double-height cube at only two metres wide was divided into two - a room for each girl - then furnished with built-in beds and desks. One room was built as a mezzanine so that an en suite for the master bedroom could slot beneath it.

High clerestory windows allow light to enter this insertion and vertical steel-bladed curtain walls can be opened for accessibility to the space. The kitchen is backed by a similar spine of steel that shields the main bathroom behind.

An overall black-and-white scheme ties in features of the Edwardian original with the now. Textural contrast is captured in the interior palette: roughness in the concrete floors and columns; smoothness in the clear powder-coated steel.

The owners, who moved from a typical suburban home, are enjoying their city-centred outlook and a new way of living. 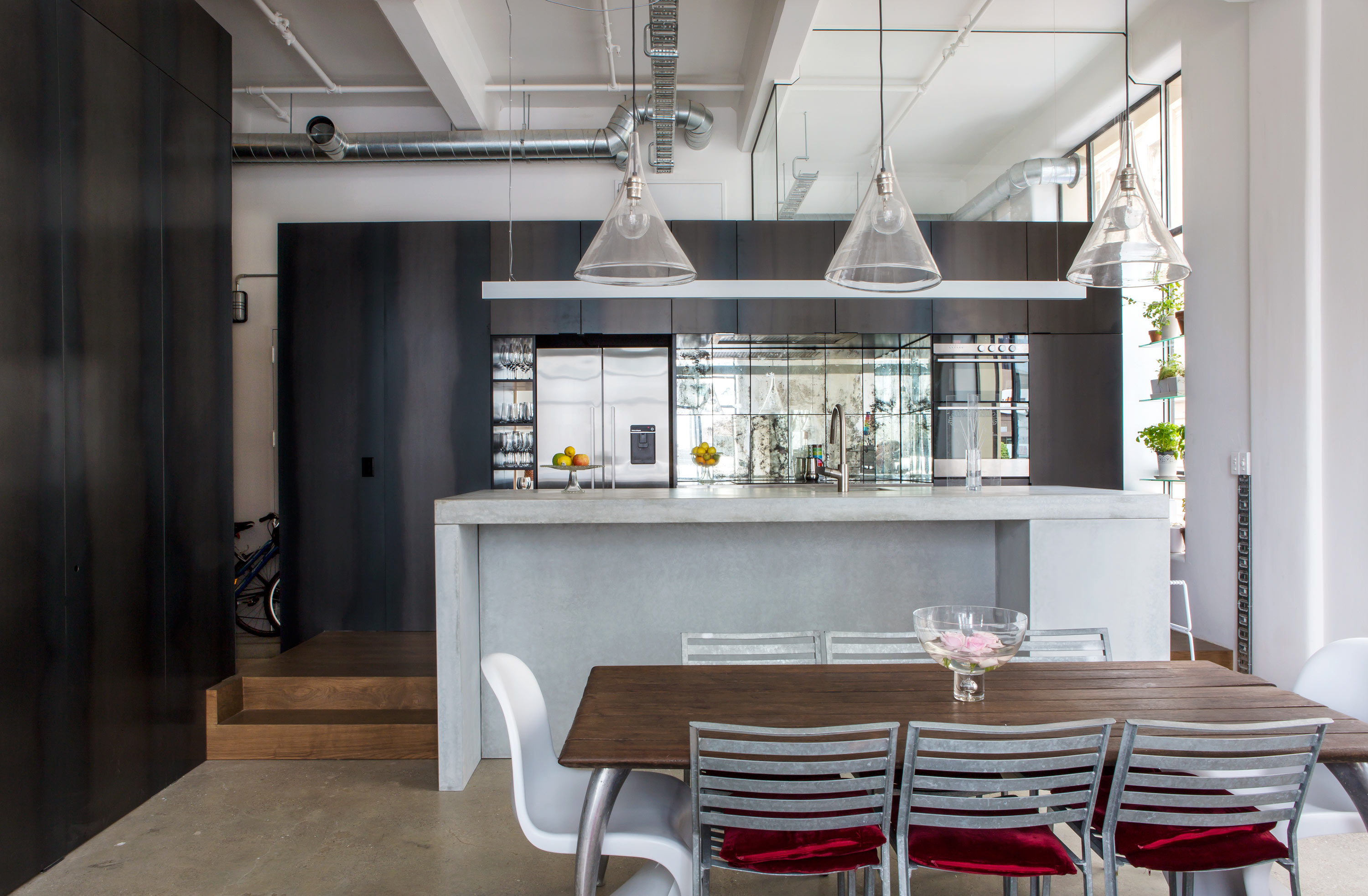